I have been fishing out of my Ocean Kayak Prowler T13 for a few years now. The original seat was very quickly replaced by an expensive molded foam seat that shall remain nameless. At first this seat did the trick, but as time went by the foam back began to break down just a bit and support for my upper back suffered. I couldn't figure out what was going on. I just got a nagging and very painful ache in the upper region of my back, between my shoulder blades. I was about to give up Kayak fishing. Then after reading many board posts, decided to give the Pacific Angler a try. 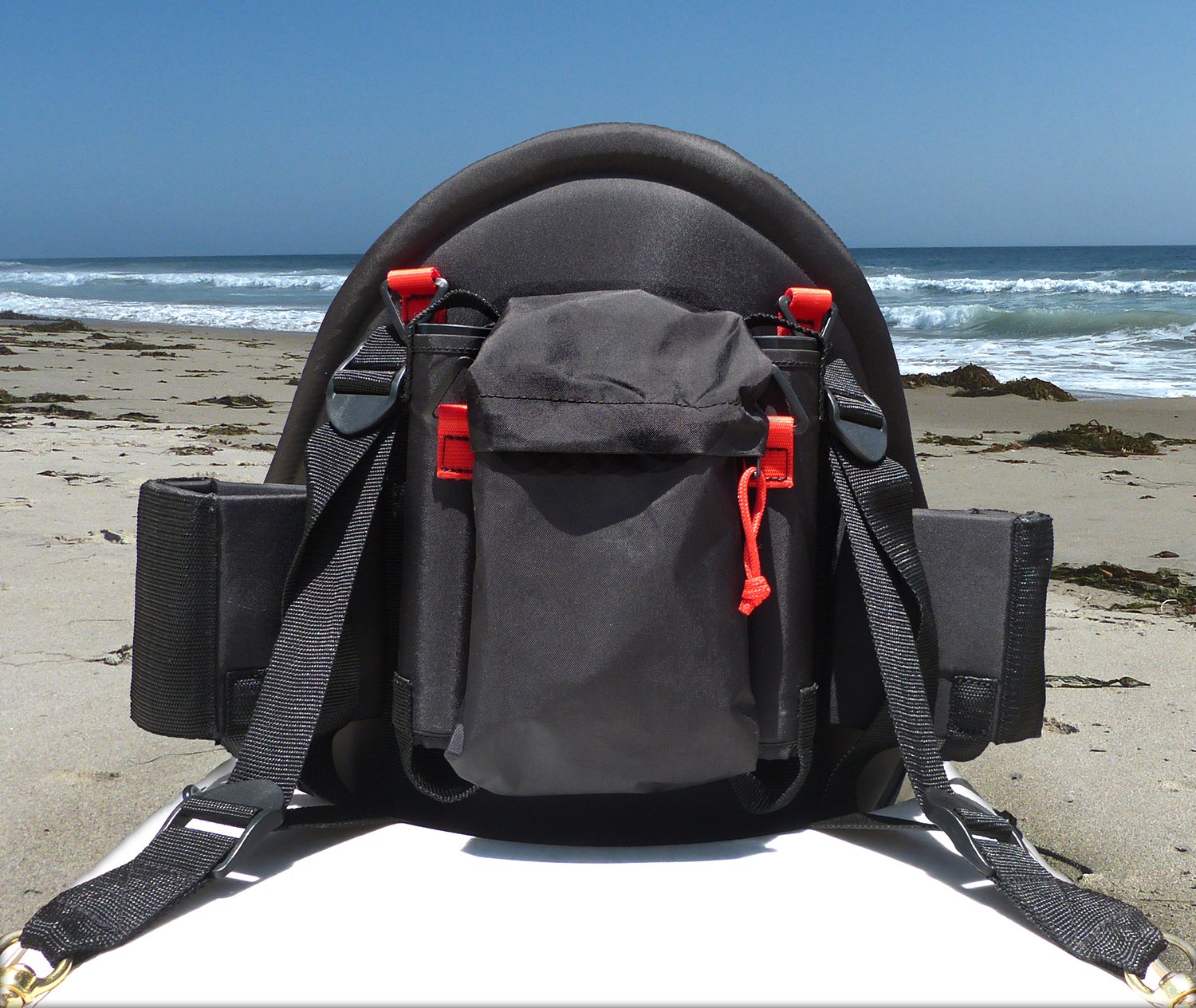 I ordered the seat on a Friday afternoon, and received the seat on the following Wednesday (not bad). Then I tried fitting the seat to my kayak. At first I didn't think the seat was going to work because it was so stiff, but this turned out to be a good thing. After completing the initial installation which required reversing the rear facing strap adjusters, I could see that this seat was indeed a perfect fit for my kayak. As it was, it was over a week before I could try the seat out on the water.

The first thing I was impressed with was the ease at which I could enter the kayak.The low forward facing straps make for quick and accurate placement of the rear-end which helps when making surf launches. The seat cushion was very comfortable yet firm, and molded itself to the kayak floor while maintaining a low center of gravity. Having a place to store things on the rear of my seat comes in handy, and I found the integrated rod holders perfect for my VisiCarbon flag and light pole, keeping it in use yet out of the way while fly casting.

But the real virtue of the Pacific Angler seat was the support in the back. That stiffness during the initial installation lead to perfect back support while out on the water. The first time out I fished from 9:30am to 2:00pm with absolutely no pain or discomfort. In fact, there were a couple of times I just kicked back and enjoyed a relaxing drift. Because the seat is so well reinforced, I can no longer store it in the kayak's internal storage compartments (won't fit through the hatches without over forcing). But this is a small price to pay for being able to enjoy my entire day on the water.

I highly recommend the Pacific Angler seat for those who want a high performance tool enabling many hours of continual comfort while spending hours on the water.

Written by Timothy B.